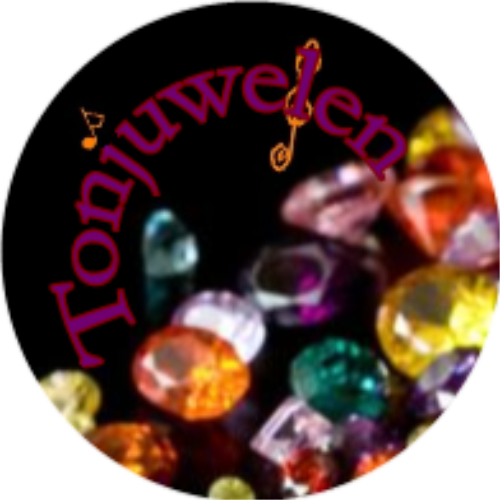 The a cappella choir "Die Tonjuwelen" (Ton = sound; Juwelen = jewels) based at the Munich music school Ohrwurm is a small musical jewel that sparkles in many colours.

One thing that makes the small female group so special are its own and characteristic arrangements. They are specially written for the individual voices by the choir leader Barbara Roberts, a well-known singer in the Munich jazz scene. They give the Tonjuwelen the space to sparkle from low rhythmic basses up to the highest heights and to present both a rich harmonic atmosphere and a wunderful solo voice with a supportive background.

Their repertoire is as diverse as the women who make up the Tonjuwelen and who back up each song with all their hearts. Be it easy and lively or measured and sentimental – you always feel the authenticity, life experience and joy of singing.
The pure joy of living shines in all its aspects like the range from a warm, deep ruby to a glistening diamond, and is inevitably transmitted to the audience.

And this is where they have performed in public so far: 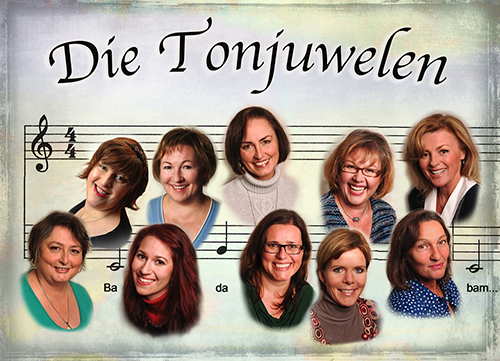 Choir: 9-10 women
Choir leader: Barbara Roberts
The choir was formed in 2005.
Music style: anything from French chanson to our favourite pop oldies; anything we like – Barbara Roberts writes the arrangements as required.